Internationally known Key West artist William Welch received his art education at Ohio University with further study at the Philadelphia College of Art. A Cleveland native, he developed his love and skills in painting under the able instruction of prominent American watercolorists and master oil painters. He refered to himself as an “academic impressionist”, drawing on his training in realism and expressive passion for light and color.

From miniature watercolor scenes of extreme fine detail to large and expressive oil murals and screens, Mr. Welch’s style evokes the romance of color and light in the true impressionist’s spirit. He spent the last decade following a nineteenth century painter’s path throughout Europe, concentrating in Normandy, northern Italy, Provence and Portugal.

A frequent visitor to Giverny, Claude Monet’s legacy of floral and natural beauty, he was even interviewed by a French television crew while he painted in the garden with other artists from many countries. As the impressionist discipline advocated, Mr. Welch considered his best studio to be outdoors in front of ever-changing nature.

In addition to teaching activities, William Welch was a member of painting societies – among them the National Watercolor Society, the Philadelphia Water Color Club (Signature Member), the Artist’s Association of Nantucket and the Copley Society of Boston. His works were represented in many prominent galleries in the East – including the Chadd’s Ford Art Gallery, Chadd’s Ford PA, and Stone Soup Gallery as well as Frangipani Gallery, both in, Key West, FL.

In Key West, Welch taught for the Studios of Key West and was a prominent figure in the art’s scene there. His work is widely collected and it’s always a prize auction item in Key West’s many non-profit organizations, including the Anne McKee Foundation, AIDS HELP, MCC Church and many others.

Mr. Welch’s honors include recent inclusion in the new book, “The Best in Oil Painting”, a Rockport Publications book. He contributed work to the United States Department of State’s Art in Embassies Program, and has been honored by President Clinton and Secretary Christopher for his support. 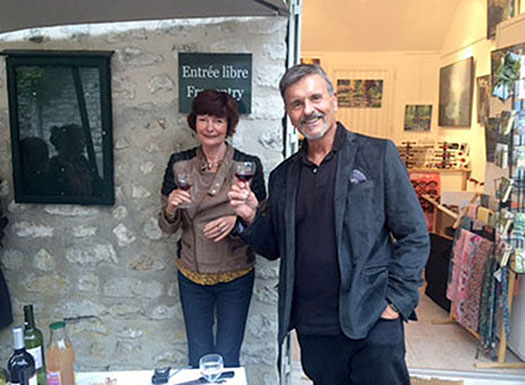 Bill traveled the world to teach, to paint and visit his many friends.  He often wrote newsletters on his website or online to inform his family and friends of his travels.  Here you may find his newsletters as well as some additional updates.  Please enjoy.